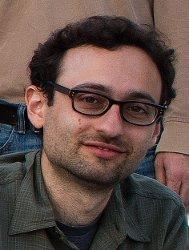 Adam Chlipala finished his BS in computer science at Carnegie Mellon in 2003 and his PhD in computer science at UC Berkeley in 2007. Before starting at MIT, he was a postdoctoral fellow at Harvard. His research focuses on applications of formal logic to software development and analysis. One specialty area is building machine-checked mathematical proofs of correctness for programming tools like compilers and runtime systems, and he has a general interest in the pragmatics of machine-checked mathematics. He also works in the design and implementation of functional programming languages, as in the example of his new domain-specific programming language Ur/Web, which brings strong mathematical guarantees to the world of Web applications.