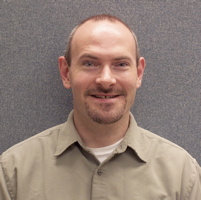 Not registered as user yet

Andrew (Andy) Gill was born and educated in Scotland, and has spent his professional career in the United States. Andy received his Ph.D. from the University of Glasgow in 1996, then spent three years in industry as a compiler developer, and a year in academia as a principal project scientist. He co-founded Galois in 2000, a technology transfer company that used language technologies to create trustworthiness in critical systems. In 2008 he returned to academia and research, joining the University of Kansas and the Information and Telecommunication Technology Center.

Andy believes that functional languages like Haskell are a great medium for expressing algorithms and solving problems. Since returning to academia, he has targeted the application areas of telemetry and signal processing, specializing in generating high performance circuits from specifications. His research interests include optimization, language design, debugging, and dependability. The long-term goal of his research is to offer engineers and practitioners the opportunity to write clear and high-level executable specifications that can realistically be compiled into efficient implementations.