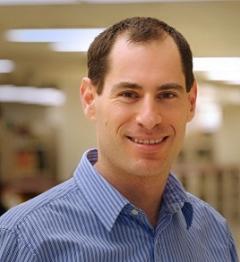 Dan Grossman is a Professor in the Department of Computer Science & Engineering at the University of Washington where he has been a faculty member since 2003. He holds the J. Ray Bowen Professorship for Innovation in Engineering Education. He is his department’s Associate Chair for Education.

Dan completed his Ph.D. at Cornell University and his undergraduate studies at Rice University. His research interests lie in the area of programming languages, ranging from theory to design to implementation, with a focus on improving software quality. In recent years, he has focused on better techniques for expressing, analyzing, and executing multithreaded programs. He has collaborated actively with researchers in several other disciplines of computer science, particularly computer architecture on problems at the hardware/software interface including approximate programming.

Dan has served on roughly thirty conference and workshop program committees. He has served on the ACM SIGPLAN Executive Committee and the Steering Committee for the ACM / IEEE-CS 2013 Computer Science Curriculum. He currently serves on the CRA Board and the ACM Education Board.

Dan is the instructor for a popular MOOC on undergraduate topics in programming languages and functional programming.

Dan is the proud and obsessed father of two sons, born December 2013 and September 2015. Prior to that all-encompassing-change, Dan enjoyed playing (poorly) and watching ice hockey, (road) bicycling, hiking, non-fiction, and enjoying good food, beer, and live theatre. Now he usually manages to read one book a month. Dan lives with a dog that was born on the streets of Brazil. Dan has never had a cavity.