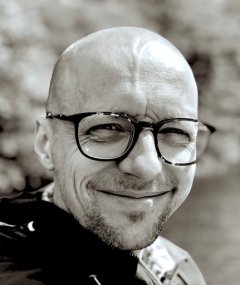 I hold a PhD degree from BRICS, Department of Computer Science, University of Aarhus (AU). My supervisor was Olivier Danvy. During my education I visited Patrick Cousot’s group at the Département d’Informatique at Ecole Normale Supérieure in Paris and professor Norman Ramsey at the Division of Engineering and Applied Sciences at Harvard University. After graduating I moved to Rennes in France to work at IRISA / INRIA Rennes - Bretagne Atlantique with Thomas P. Jensen in the Lande (now: Celtique) project. In 2009 I was supported by the Carlsberg Foundation as a post-doc initially with John P. Gallagher in the PLIS group at CBIT, Roskilde University and later back at AU with Michael I. Schwartzbach. I was at AU for a total of five years as lecturer and researcher in the Programming Languages group, for the last 1.5 years with Anders Møller at CASA. I now work with Hanne and Flemming Nielson in the Section for Formal Methods (formerly: Language-Based Technology) at DTU Compute at the Technical University of Denmark.