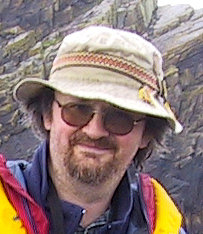 R. John M. Hughes (born ca 1958) is a Swedish computer scientist and professor in the department of Computing Science at the Chalmers University of Technology.

Hughes received his PhD from the University of Oxford in 1984 for the thesis “The Design and Implementation of Programming Languages”.

He is also one of the developers of QuickCheck, and cofounder and CEO of QuviQ, which provides the QuickCheck software and offers classes in how to use it.